I miss her in big portions. Some days more than others 😦 !

Before our birthdays nowadays, we (generation Y and Z kids) have this thing we call #birthdaymonth and #birthdayweek. I tell you this because July was my birthday month and 9th July 2018 was the beginning of my birthday week. My grandmother took her last breath on this day-9th July 2018.

Our conversations never had any order in particular, but there was the general flow. That she would see me from as far as the gate and call me by name. That we would exchange pleasantries and then out of the blues she would say…

“I am here where you left me waiting for my day, or ‘this my body does not have energy, my eyes can’t see anymore, my feet can no longer take me to the farm”.

It was always hard for me to believe her. It is difficult to believe that the woman who called you by name from miles away could possibly fault her eyesight.

It’s with this same difficulty that I received the news of her demise.

I have many things running through my mind and on my phone. Holding my phone wondering what to do for my 26th birthday in my mind; with my fingers typing… ‘beautiful ideas for a girl’s birthday’. Delete. Retype… best way to spend a birthday-late twenties. I feel pretty grown up with the late twenties bit. It’s  also the hunger-pang hour and the back of my mind is thinking if I should do a decent meal or buy food at the kibandaski I was introduced to last week by Serah missy. I exit google and move to MPESA because I am determined about the decent meal vibe and I need to see if my balance can accomodate my classy hunger.

It’s in this mix that a text comes through- Nathan. First I panic because Nathan and I haven’t talked in a year or so; and because I have previewed the message. I blink pretty fast when I am shocked, and twice as much when I am scared. Right now, I am both! In a span of those few minutes of panic, my body does a full round of goosebumps and my sweaty palms start dripping… Everything stops for a while, my hunger is gone and I suddenly feel like I want to throw up . I start typing but my eyes are misty with tears and my hands are too shaky to type.

So I call him and ask- ‘Mnh?’(That’s the murmur version of what/ati?)…

I know it’s a complete statement because he starts talking. I do not hear much. I remember him saying that the condition was (is) critical, that she had had a really bad attack and that she was possibly gone…

Maybe it is the lump on my throat or maybe it is the rate at which my heart is beating but I just cannot speak. And yet I feel that I have so much to say but at the same time nothing at all.
“Oh”. I say. “Ok-ay”… I add with a broken voice and hang up. 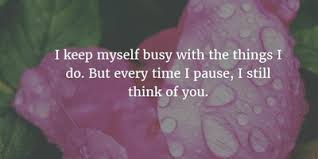 And for the rest of that day, I fought guilt and pain in alternating waves. It occurred to me that maybe the ‘best way to spend my 26th birthday’ that I was earlier googling was possibly going to be at a burial- celebrating the life of this woman that I so much loved and admired but was ever too busy to visit. I had postponed my visit home for the longest time, something always came up. I had not called to ask how she was doing and if she was fine, I had not even told Tina to put her through for a chat. Not once! I counted all the moments that I had the opportunity to check on her or visit her but I always seemed to have more ‘pressing’ things to attend to- Mostly nuptials. I thought about her asthmatic attacks and those nights when we would wake up in the middle of the night to help her with the inhaler because she was too weak to do it on her own. But by morning she would fine and out basking in the sun. And so I had now grown old thinking that she would always have a way of fighting because that’s what she was- a fighter. 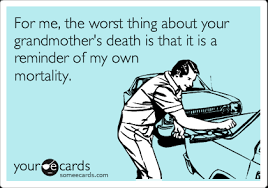 And even when I broke the news later that evening, I struggled to keep a flat face or an even tone. I felt thrown out of balance for days, spoke less, visited my gallery for our selfies more often, smiled less, deactivated my social media accounts and pressed a pause button on the birthday week/birthday month tumult. I attended an allabastron session, and I created a little bit more time with God. I felt all sorts of fear, guilt and pain in this week. Why, you ask, would a girl two generations down be so shook by the death of a woman she cannot say that she was close to- without flinching an eyelid? I also do not know but it petrified me. Maybe it is because this is the woman who I was named after, my last grandparent living and the woman that I have 80% taken after physically. Maybe it’s because it was a surreal reminder that no one knoweth the hour!

Her Eulogy was everything nice. I tend to think that she led her best life and achieved her purpose.It was by the way that she led her life, and anyone who had the honour of knowing her at a personal level can attest, that she imparted life’s most important lessons. She remained impartial in disputes and quietly distanced herself from chaos lovers. And when I marvelled out loud how a woman could stay so undisturbed by obvious wrongs and fracas surrounding her she said- ‘Of what value is a battle from which you gain nothing?’…

There was something idyllic about her interest in technology. She questioned stuff…How her face was inside the phone whenever we took selfies or how the voice of someone so far could sound so near whenever she spoke on the phone. On some days, we would cross over to catch something on Teli. The walks were slow, with me holding her hand trying too hard to slow my pace to match her baby steps- and God knows she would complain the entire journey about her legs. But they were pleasant walks, I enjoyed holding her hands and watching her steps more than anything else. She appreciated all these small gestures with a warm smile or on good days, with words of blessings. I miss how she thanked me for stuff I thought was ordinary, how she never spared a positive word or the smile that ran from the sides of her (mostly tightly closed) lips through to the edges of her eyes.

Something else I enjoyed was how she would ask me questions about everyone who appeared on T.V- where they lived, what they did, if they were my friends back in the city😂… Oh did I not feel like a legend answering those questions- truthfully and liefully in equal confidence?!

On the day that I asked her about her arranged marriage at such a tender age, whether she was happy and if she grew into loving him; she said that she was happy. (She was a woman of few words and selective responses as you can see). As long as you submit and do what you must, she said, you will find peace in yourself and in your marriage. The submission part was pushed to the back of my mind for the future, but in my mental notebook I jotted that peace with yourself precedes any other peace/happiness that you will ever get.

But if there was anything that pissed me off to the last nerve with her, it was her tireless reminders that I was and I quote- ‘embarrassingly thin’. We never had one single conversation where my weight issue did not come up. With time, I resigned to the fact that we would always have this conversation and I would have to find a way of understanding that it was her beautiful way of saying that cared about me-wholesomely. No one seems bothered about about my weight nowadays and I miss those days that I would look away from her in dismay thinking- oh don’t start already….