In a world of frogs and humans, a story is told. 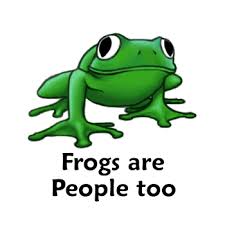 That a frog of reasonable intelligence was put in a vessel. A wicked  human then filled the same vessel with water and started heating it. The storyteller did reveal secretly that the human derived pleasure from seeing the frog in boiling water.  That even in the real world, we humans inwardly laugh at the suffering of others.

But then,this was a reasonable frog with a functional mind. It thought fast and made the first decision. As the temperature of the water began to rise, the frog adjusted  its body temperature accordingly. It kept adjusting its body temperature with the increasing temperature of the water. Just when the water was about to reach boiling point, the frog could not adjust anymore. At this point the frog finally made that critical decision. It was time to jump out. It tried to jump but it was unable to do so because it had lost all its strength in adjusting with the rising water temperature. Very soon, and sadly so, the frog died.

In a world of reasonable humans, the question was asked. WHAT KILLED THE FROG?

The boiling water, they said. (Incorrect) 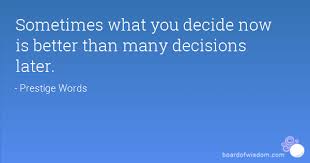 What then killed the frog?! You ask.

The truth about what killed the frog was its own inability to decide when to jump out. We all need to adjust with people & situations. We all get pushed to the limit at one point or another. By our families, friends, partners, bosses and the general public. More often than less, we tolerate it, in the pretext that tough skins are grown from such limits. However, we need to be sure when we need to adjust and when we need to move on. When to take the heat, and when to take the leap.   There are times when we need to face the situation and take appropriate actions. When we have to choose what deserves and what does not deserve our energy.  Because really, if we allow people and situations to exploit us physically, emotionally, financially, spiritually or mentally they will continue to do so. Until you make that  critical decision.