And behold we have the President of the Republic of Kenya. What a week! Allow me to take you just a few steps back, the weeks before the week!

For purposes of this post, we shall start by some quick definitions.

Please pick your household and proceed…

In a nutshell, this household was either of Uthamaki descent/ affiliates; or on the other side; let’s call that other side ‘Uthamaki hunters’.

The mood in an uthamaki household was generally calm. There is something painfully unruffled about these people. They are politically content, they know that uthamaki is not something that can just be taken in the snap of a finger. Apart from banning such songs as ‘ Naenda Canaan’ in the family get-togethers and  giving quick reminders of tano tena, this household had no struggles. They are a loyal lot and needed not be constantly reminded of who to vote for. Such are struggles of the hunters of uthamaki. 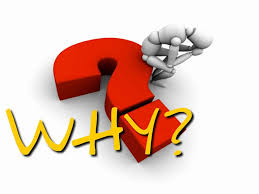 Things in the hunter household were tense right from the day the hunting started.  Paranoia started even before the battle. Such a household was mostly angry with the way the current leadership had been handled by those holding the positions and even angrier at the thought that their votes would be stolen. The past few weeks have been tense. The learned members of this household took it upon themselves to educate the others on all the reasons why they had to vote the government out by nook or crook. Most conversations started like “Have you seen? Have you heard? Did you know?? Can you imagine???” ( Especially the last two). “Lakini hii kitu ni yetu hii raundi.”  Notice how they cannot refer to kingship as uthamaki, it is a THING. Something also remarkable about this lot is that they do not trust anything and anyone. They consistently maintained a questioning mind in the last couple of months. They started conversations with WHY. Why this printing company? Why this audit firm? Why this system? Why oh why?

At the eve of the elections, a small family gathering was called; to remind each and every member who to vote for. Betrayal in this family would not be tolerated. They then joined the revolution to Caanan on facebook to implore the stars on what Caanan had in store for them. A stern warning was given to anyone who was torn between candidates and a firm reminder of betrayal given. We must all give a united vote!  (I told you that this is a household gifted with paranoia, even amongst themselves).

In the extra ordinary household, the mood was okay(ish). Campaigns were a communal family affair. Leaves were taken to support your kin, school was missed for purposes of going round distributing fliers round the village for proper visibility and dropping in a good word here and there. Pride was swallowed in an attempt to woo voters; including those people you do not talk to for reasons best known to your vanity. But you know you wanted AAALL those votes, you needed them! So you took the humble pie and dutifully did those campaigns. The presidential vote was not as important as the vote to your kinsman.

But the famille extraordinaire is the one that truly knows the true meaning of this election. Things started falling apart at an early stage. You might have faltered politically in the past but the race is not for the weak. For that reason, you dusted your shoulders real quick and pretended that you had recovered from your first failure because time was of the essence. Your wife tried to convince you to let it go, but a decided man is a decided man. You had to soldier on and prove your party and all the enemies of your progress that you are the real deal, the lion of the den, the warrior and the peoples’ chosen leader! You did not have much money to do the campaigns; just your sweet tongue. But you know this Kenya, you need money to make it in some things! 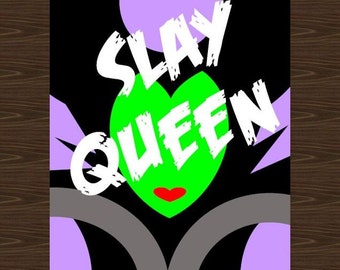 This is how you ended up offending the little slay queen of your household. You embarrassed her the moment you asked for that harambee to support your campaign. But Why?! By so doing, you broke a commandment. See, the third and most important commandment of the slay queens is that ‘Thou shall neither admit poverty nor appear to be struggling moneywise. It is just wrong!  That said, you could not convince her why you were getting into politics without money and publicly admitting that poverty was indeed your portion in this household.  Like who does that?!  She has not forgiven you and I can tell you for free that she was not going to vote for you. After all, she had an eye for the finer/worthier competitors who needed no Harambees to support their campaigns.

Then there was the tension from your wife whom you just wouldn’t listen to because you know better, you felt that you knew better. She had no option but to support you because when you marry, you marry all the wrong future decisions jointly and severally.

People were chilled in the ordinary households. They were happy and waited for the results with unabated breath. When you take an early lead, you can sleep and dream of how uthamaki might just strike your household with blessings.  I said there is something annoyingly calm about these people.

Their hunter counterparts on the other hand were generally in a bad mood. Bad in Caps lock! People were chocking in alternating doses of anger and shock. If they were not saying that they will never vote again, they are grumbling in low tones. *Nilijua tu wataiba*.  The learned member who had taken it upon themselves to educate his/her kin questioned the margin between the two leading candidates, and the credibility of this process. These peeps were even angrier at Baba for not protecting their vote, what happened to the parallel tallying station? Kwani he din’ know hawa watu wataiba kura zetu? Valid paranoia maybe…

The sun set in the morning for most of these households. There can only be one winner at the end of the day. Food was not eaten all day and there was inauspicious tension mounting. I’ll tell you why.

Failure is hard to take, and even harder when you it comes in the broad daylight. Conceding defeat was hard and dealing with people was even harder. You don’t know who was faking the smile and who at least supported you. Deal with it.

The loss  in le Famille extraordinaire was embarassing. The results indicated that there was a hot contest between the number of votes you garnered and the number of rejected votes there in. They say once beaten twice shy.  Shame upon shame tu! But you took it like a man. The family slay queen quickly moved on and was keen on the electoral process and progress. She kept asking about the next briefing, she was also keen googling many things. You were surprised because she has never been keen on politics.

Later, you joined you table of men for a drink. They patted your back and offered to buy. They must have known that you needed that drink, and even more the buyer!

Your cold beer chocked you once or twice. The pats they had given you earlier felt like pats of betrayal. Agitated, you shifted your attention to the  generation Z fine ‘ghels’ s  next to your table…they were in the middle of an animated chit chat. They talked about such a MAN, such a taste, such a tweng, such a fine stature, such the voice…they got into a moment of silence as they engaged  google to check on his marital status, his background and possibly how his future looked. You inwardly smiled, they had noticed you- these girls! Your ego was caressed pleasantly. You would have offered another round of whatever they were taking but you are a poor lad as we speak.

You were lost in the sudden realization that you were a handsome wanted hustler in the world of fine ghels when you caught the next sentence of the tête-à-tête. “…He should be the one delivering the results! Me thinks he  should become the government spokesman even. (You know how these kids talk.) Only then will you realize that you are not the one causing the oestrogen frenzy in the pub. It was the Thari-foo- bae form guy. Snap. It now all makes sense…your slay queen’s sudden political interest.

To the winners, well done! To those who lost, what to say. Next time maybe? But in the meantime, there is no dishonour in losing, the dishonour is not racing for fear of losing. Let’s keep a peaceful Kenya, shall we?