“Valentine, the saint. Over dinner.” (A few seconds of silence)… then

…I simply want to meet him, have a repartee over his social life and request him to tell the world how Valentine’s Day should be spent. To define what love is, and to clear up all the expectation gaps.

Who in history would you like to meet and why?

It took me three minutes to get the right tone and the politically correct words. I was preparing the composed voice to use without making it look like I was dreading Valentine’s Day, or insinuating that year in year out this day has been the one day I hate to look forward to. I was preparing my breathing rhythm to conceal the fact I was getting delirious by the thought that the day is fast approaching.

Truth is, I would not want dinner with Valentine: that would limit my spectrum of reactions. Dinners are meant to be relaxed and filled with delight, you know. I would want a different kind of a meeting. Maybe have a sit down with him, over espresso or something like unchased rum. I would want to have a woman to man talk with him, and make those faces I sometimes make of a twisted pout here and a cringed face here & there. A bit of raised intonation would probably be part of the conversation too…Those are very normal things on Valentine’s Day to a typical Kenyan woman dating a standard man. And of course I would notify him beforehand that I am meeting him in my capacity as a common woman. I would ask him questions like if he had a girl friend and if she put that mountain pressure on him that we (modern day women) put on our men on this great holiday named after him. I would ask him what he considered romantic and if she was satisfied with his efforts to be romantic. Find out if he ever wished to be a girl and what would he ask for on this phenomenal day. I would ask him if the day was meant for those people in relationships, and if it was meant to surprise women, or maybe gestures of love should go both ways.

I have a feeling that he does not know what a nightmare this day of his is. For men, it is a clear nightmare: for women, it is a nightmare dressed in a daydream. Not so much the fear that he will not be there, but the nervousness that he is might disappoint. The anticipation that our expectations which are taller than us will be met by the father of underwhelming surprises. 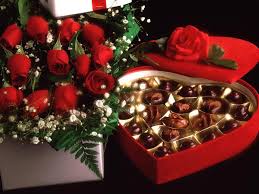 We look at the calendar and silently hope that it is going to be a weekend, like this particular Valentine’s day that we are waiting for with baited breath. A Saturday is a free ticket to fantasy world. Hopeless romantics! We spend hours on the net finding holiday destinations and hoping that he will somehow figure out that this time we should have a weekend getaway. Somehow. Then we find one old-time song to rekindle our relationships spark: like ‘ The vows go unbroken’… We imagine how he will leave us boneless every time he looks at us on this day, exactly like the very first time we he swept us off our feet. We imagine how he will look impossibly handsome under the moonlight. The aquiline nose to complement his prominent cheekbones, the shiny eyes and well curved eyebrows, the weight behind his baritone voice and the intelligence sandwiched in his conversation. We will be somewhere under the moonlight and a cool breeze, lying on the ground looking up to the starry sky. Under the influence, she imagines she will be on one of those luxurious swing beds/seats being lulled, with her Indian hair being blown by the wind to her face. I say under the influence because in real life, she has retarded kinky hair which has refused to grow past four centimeters for four years. He he! That is beside the point. We role play on how he will give us diamonds and pearls, chokers and everything fine. I do not know where we think he will mine them, but what is wrong with reveries anyway? And as the role play comes to an end, we beam with excitement. The way he will go down on his knee, an engagement ring maybe. “He will whisper sweet lies to me and I will believe all of them, he will draw me close and I will be lost in his arms. Then he will lean forward, and I will duck his first attempt to kiss me. He will then touch my lips gently and his refreshing smell will sweep me away …Afterwards, he will dish out vacation tickets to Miami, and we will meet the men of his cohort that we see in soap operas, we will wine and dine with them and laugh heartily to dry and corny jokes. We will no longer walk or talk like we are used to, we will forget the ‘ha ha ha’ kinda laughter and pick some refined way of appreciating humor. We will be highly sophisticated to bits

… That is us before the day. Then, we sit and wait for to be surprised…

But one night to the D-day, (Friday Night), he goes out for drinks with the boys: The players, the single ones and the ones who believe that it is a woman’s duty to chase them. He is fishing for ideas to surprise his gorgeous but demanding girlfriend. He loves her altogether and is looking to growing old with her. He asks them for viable ideas. Clearly, that is a case of finding answers in all the wrong places, or trying to find a virgin in a maternity bed. They (obviously) poison his head and fill our charming love spells’ minds with oafish thoughts. They convince them that Valentine’s is not a special day… “Tell her you forgot, because to you, Love should be shown every day. Ignore valentine!” …they further convince him to tell her not to let material things confuse her, love is in the heart. Love is not about holidays; love is not about gifts and dates. Call her at 4pm tomorrow and tell her you are just waking up. (Dude, don’t try this. She will have called you before that time with a rehearsed spit of words harmful to your ego!) …After being well fed with such wonderful pieces of advice, he notices an unread text. She is just reminding him that he means the world to her, that no matter how far they stray away from each other, they always will find their way back to each other’s arms. She was born to make him happy and she is looking forward to seeing him soon.

Three days after valentines day, the girls meet, each with a story. This thing of comparing notes is never going to end by the way. They table their experiences. The one who was dumped a day to valentines, and her Amor went off until 15 February…and they made up, and their love is now stronger than ever before. (How now? I don’t get it!). The one who bought herself flowers or spend their day in Uhuru park basking and later lied that she had a game drive with Bae. The one who realized that she has been a side chic after seeing her Babe tagged in instagram photos by a certain girl. (But you guys do not understand this if you have never dedicated a full day doing in-depth research and competitor analysis on thy competition😂). Then, there is the girl who was hoping for a bouquet of flowers at the bare minimum, but he came over with a strand of one rose, and they both prepared the African cake. It takes a Luyha in the house to decode the fact that she means that he asked her to cook him UGALI, on Valentine’s Day. IKR?! There is the one whose boyfriend went into debt to satisfy her, but later after consulting his council, they enlightened him to dump that bitch if he wants to be a millionaire. She is now single. There is the crafty one who picked up the ex who has never gotten over her, and she is glad to show off the gifts he bought her. She knows way too well that those are efforts from his side which will never bear any fruits, that his love is a love with no future. But for the show, for the sake of not being left out on the Valentine’ gusto, she entertained his attention; she pretended to enjoy the date! (Free advice, if she only remembers you when in need, if she only checks up on you around valentine’s or her birthday, do not let your crush on her blind you. She will forget about you even before you are out of sight.)… and there’s the humble girl who got nothing but time, and she is not complaining. Although she would not mind more. The domineering one seems to be the only one with a success story. He took her out, a proper date. He got her flowers and chocolates the night before. He got her everything she dreamt of. At the end, she puts a sentence like “hawa wanaume ni vile umewafunza”( A man is how you train him)… and she leaves them all asking if she implies that being disappointing is part of the lessons we give our men… 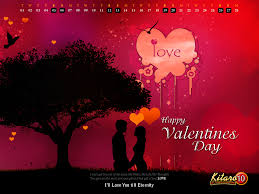 “Talking about Valentine’s day, what is your plan?” They are all looking at me, anxiously waiting for an answer. That is the third time they are asking me that question. I do not know whether I should get into my daydreams and give my ideal state of affairs, or simply give a quiet ‘We will know as the day comes closer’.